Yes, I am No, I'm not
Mother + Daughter Wine Maker Consulting Services Vineyard

Inspired by all good things.

The Trombetta family story begins – and continues – with loved ones sharing homegrown food and homemade wine.

Whispers of Italian winemaking tradition and a deep appreciation for the land guided Rickey Trombetta on her journey to making her own wine at home. Along with her husband Roger Stancliff, Rickey poured herself into her newfound hobby. The couple drew inspiration from the bountiful Sonoma County, the soil of which proved fertile not only for Rickey’s cherished garden, but also for her wine making skills.

A tight-knit group grew around shared garden-fresh dinners and a love for winemaking. Longtime friend and mentor Carmine Indindoli shared his wine knowledge and many memories with the family. Passion turned professional when Rickey started a job developing the event and hospitality program for Paul Hobbs. “Uncle Paul” soon became an indispensable source of inspiration, guidance, and delightful dinnertime conversation.

Trombetta Family Wines is an expression of the land and community that have nurtured Rickey’s skills, her garden, her family, and her love for winemaking. 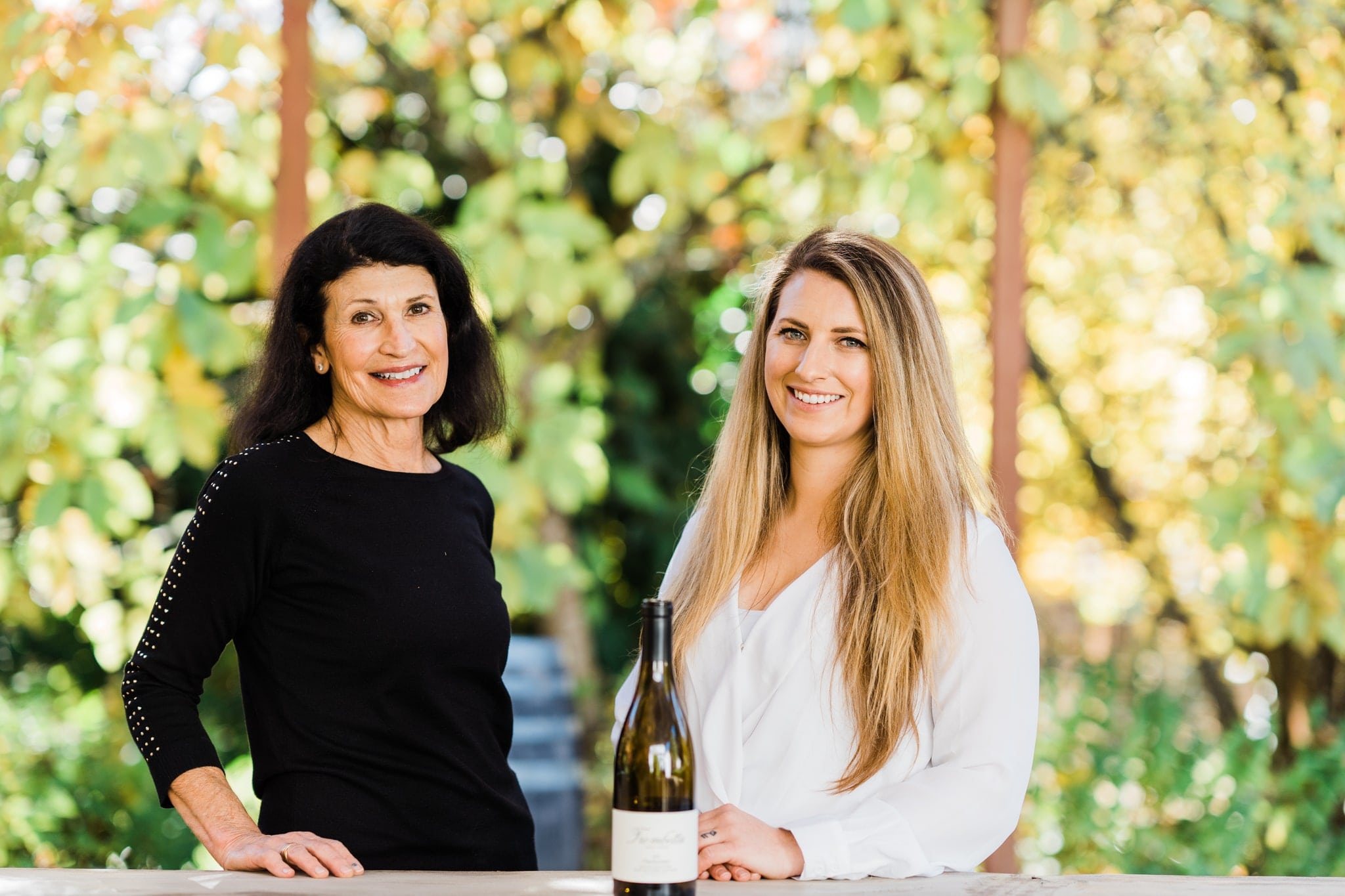 Rickey Trombetta, mother and owner, grew up in Sonoma County. Her family home was filled with the comforting smells of home cooking and the welcoming sounds of frequent company. Wine almost always made an appearance, solidifying bonds and instilling in Rickey a nascent love for winemaking.

Rickey and her husband Roger tried their hands at home winemaking in the mid 1980s.Throughout their journey from hobby to professional winemakers, Rickey's and Roger’s children played in the vineyards, helped with harvests, and gained an appreciation for the honest work of winemaking.

Erica Stancliff, Rickey’s daughter, has always had a natural curiosity for wine. Her mother instilled in her an appreciation for lovingly-grown food. That respect naturally flowed into wine. At age 10, Erica’s discerning palette was discovered by Paul Hobbs during a family dinner. Erica vividly described the intricate flavors of a merlot as mimicking those of her mother’s blackberry cobbler.

She followed her blossoming interest in wine to the California State University Fresno’s enology program, to the vineyards of Viña Cobos in Argentina, and back to Napa Valley at Rudd Estate.

After learning the ins and outs of the industry at Enartis Vinquiry, Erica joined the family team as winemaker in 2014. She continues to give back to and grow the wine community through her consulting services.

The mother-daughter duo’s love for the region and dedication to their craft extends into the larger community. Joining forces with a number of winemakers and growers in the southern Sonoma region, Rickey and Erica set out to distinguish the Petaluma Gap AVA in 2017. Strong, cold winds from the San Francisco Bay and Pacific Ocean dominate the region. Vineyards in the Petaluma Gap AVA produce fruit that create wines that are full-bodied and delightfully fruity, well worthy of distinction. 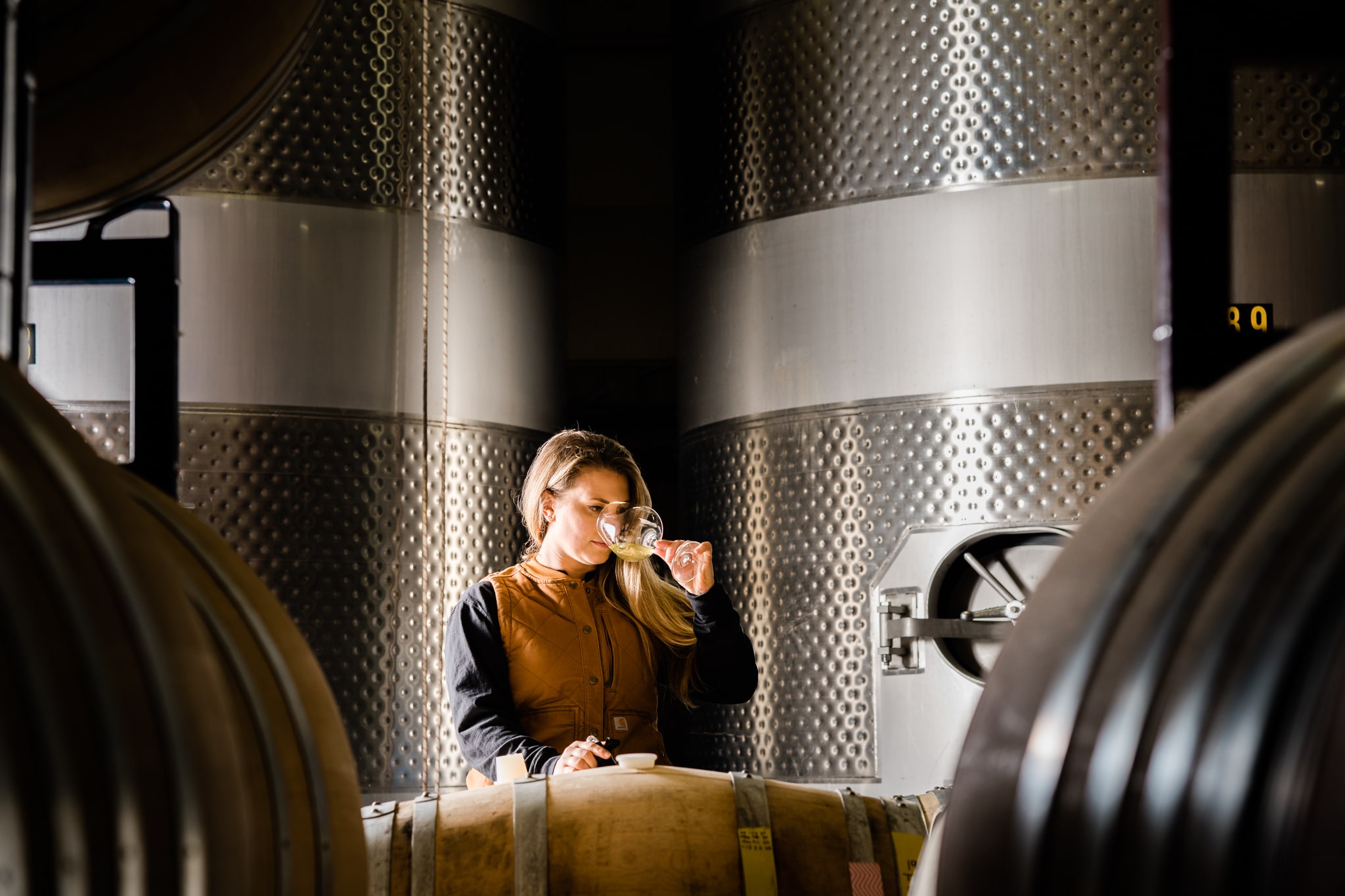 Erica Stancliff is the winemaker at Trombetta Family Wines.

Stancliff is an award-winning Sonoma County vintner and industry leader whose expertise and commitment to her community have set her apart as a widely respected master of her craft. She has been described as a “young Sonoma County winemaker turning heads” by the Press Democrat and has been featured in Wine Enthusiast, RobbReport, Martha Stewart, The Somm Journal, Forbes and the San Francisco Chronicle. Currently, she serves as the winemaker at O’Connell Vineyards, Pfendler Vineyards, and Stressed Vines, as well as the enologist at CIRQ and the President of the Petaluma Gap Winegrowers Alliance. Her winemaking style is definitively terroir-driven and allows the characteristics of the region to shine in each vintage.

Stancliff discovered her talent and passion for wine during a dinner party when she was just 10 years old, adept at a young age to distinguish each tasting note in a glass of wine, impressing Paul Hobbs, an esteemed winemaker and family friend. She pursued a degree in Viticulture and Enology at California State University, Fresno before completing internships at Viña Cobos in Mendoza, Argentina; Rudd Estate in Oakville and Crossbarn Winery in Sebastopol.

In 2012, Stancliff began her career as the Technical Enologist at Enartis Vinquiry before joining Trombetta Family Wines as full-time winemaker in 2014. Since then, her elegant winemaking techniques and extensive understanding of vinification have produced award-winning wines, recognized with top scores year-over-year from Wine Enthusiast and Wine Advocate. Between 2016 and 2019, Stancliff served as winemaker at Furthermore Wines prior to joining Stressed Vines and Pfendler Vineyards last year.

As she continues to hone her craft, Stancliff has also taken an active leadership role in Sonoma County’s wine industry. She joined her mother, Rickey Trombetta,Past President of the Petaluma Gap Winegrowers Alliance and a team of winemakers and growers to establish the Petaluma Gap American Viticultural Area (AVA) in 2017 as a way to highlight the region’s unique grapes and winemaking process. In 2018, she was elected Vice President of Petaluma Gap Winegrowers Alliance and continues on as the organization’s current President.

In the aftermath of the devastating 2020 California wildfires, Stancliff has volunteered substantial time to providing much-needed support to the region’s winemakers including regular news briefings, critical resources, as well as collaborative efforts with leaders such as Congressman Mike Thompson and the California Alliance of Winegrape Growers to expedite relief efforts.

Hoping to support every facet of the wine industry, Stancliff prioritizes education and uplifting others, offering mentorship opportunities to up-and-coming winemakers to make the industry more accessible to underrepresented groups and inspire the next generation.

Stancliff is profiled in the newly released book, Wine Country Women of Sonoma County, which highlights women making a big impact on life in Sonoma County. 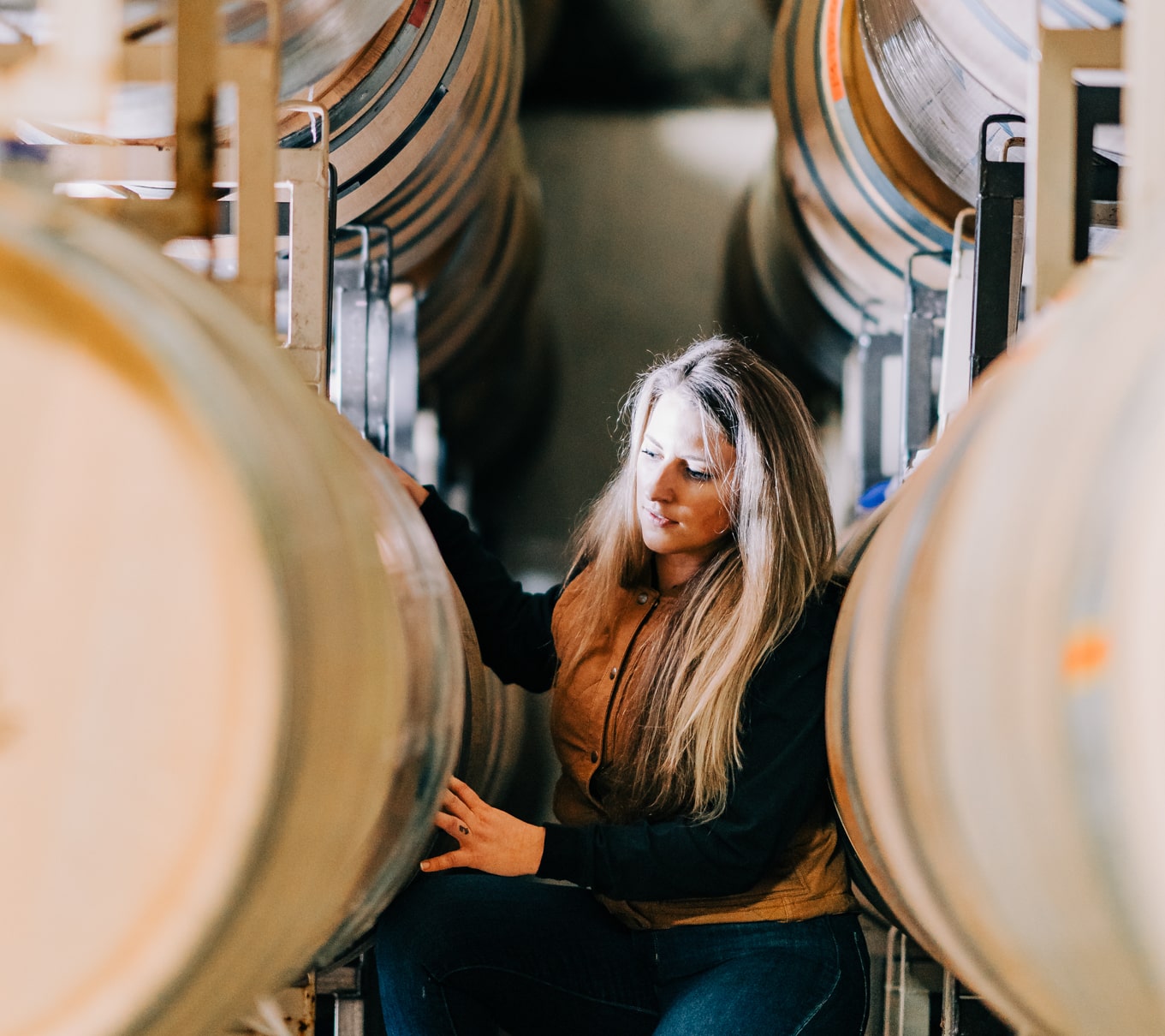 Erica Stancliff helps winemakers create wines bursting with unique, regional flavors. She continues to give back to and grow the wine community through her consulting services. Hoping to support every facet of the wine industry, Stancliff prioritizes education and uplifting others, offering mentorship opportunities to up-and-coming winemakers to make the industry more accessible to underrepresented groups and inspire the next generation.

“Wine is a story in a glass”

Our wines are a community effort. Each vineyard we work with is run by a family friend who has left a mark on Trombetta Family Wines, from our home winemaking days up until the present. Every season, we walk the vineyards. It has become a tradition for our family to meticulously observe the health of the fruit in each vineyard to determine when the grapes are at their peak. These small-lot vineyards evoke the unique qualities of Sonoma Coast AVAs and continue to inspire our winemaking passion. 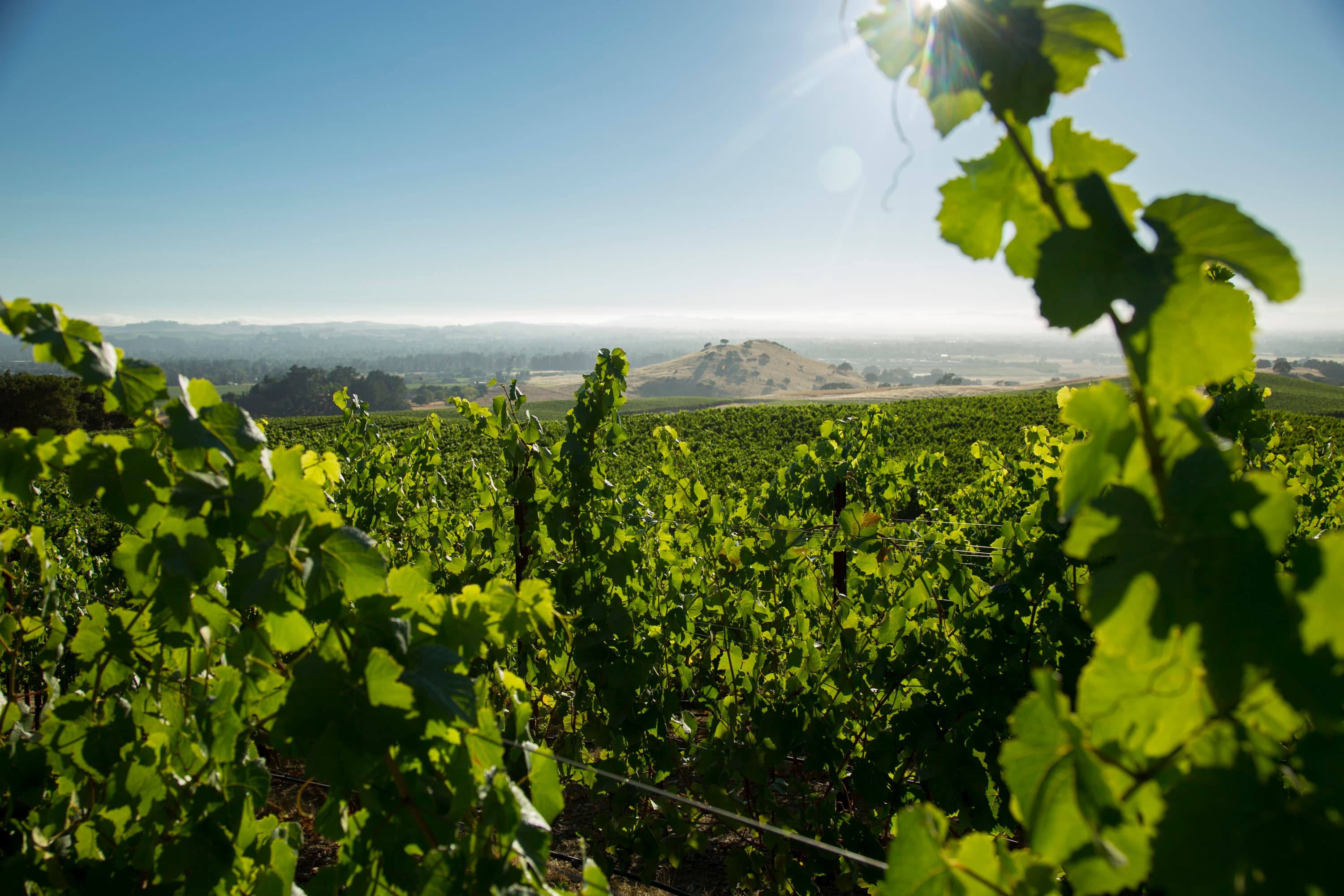 Located in the unique Petaluma Gap AVA, the 138-acre, rocky-soiled Gap’s Crown vineyard produces some of the finest fruit in the region. 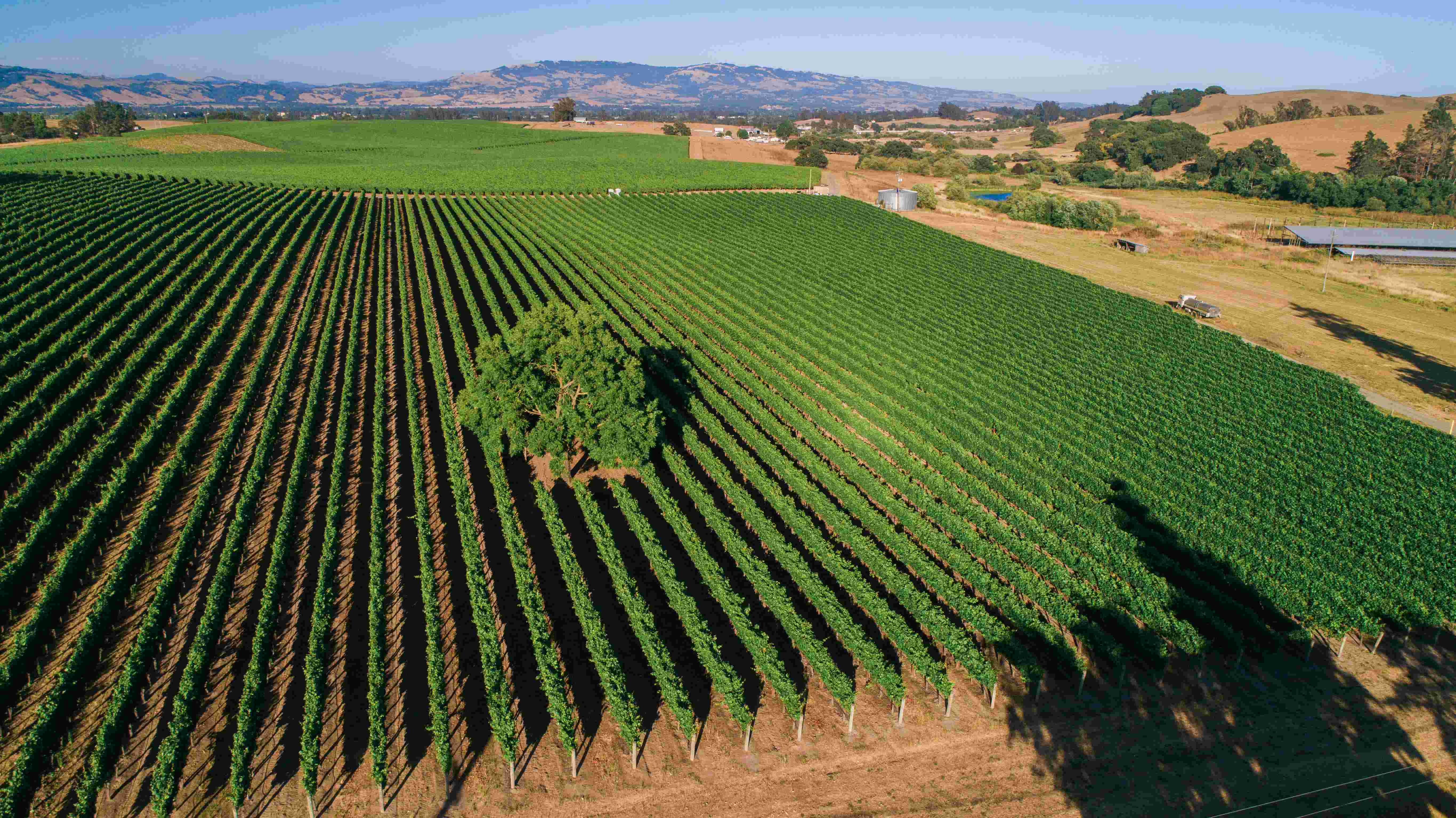 William and Diane have been a part of the Trombetta family since we produced our first homemade wines with their Pinot Noir grapes. Since 1997, the Petersen family has tended the chilly 7.5-acre vineyard on the intersection of the Russian River Valley and Sonoma Coast AVAs. 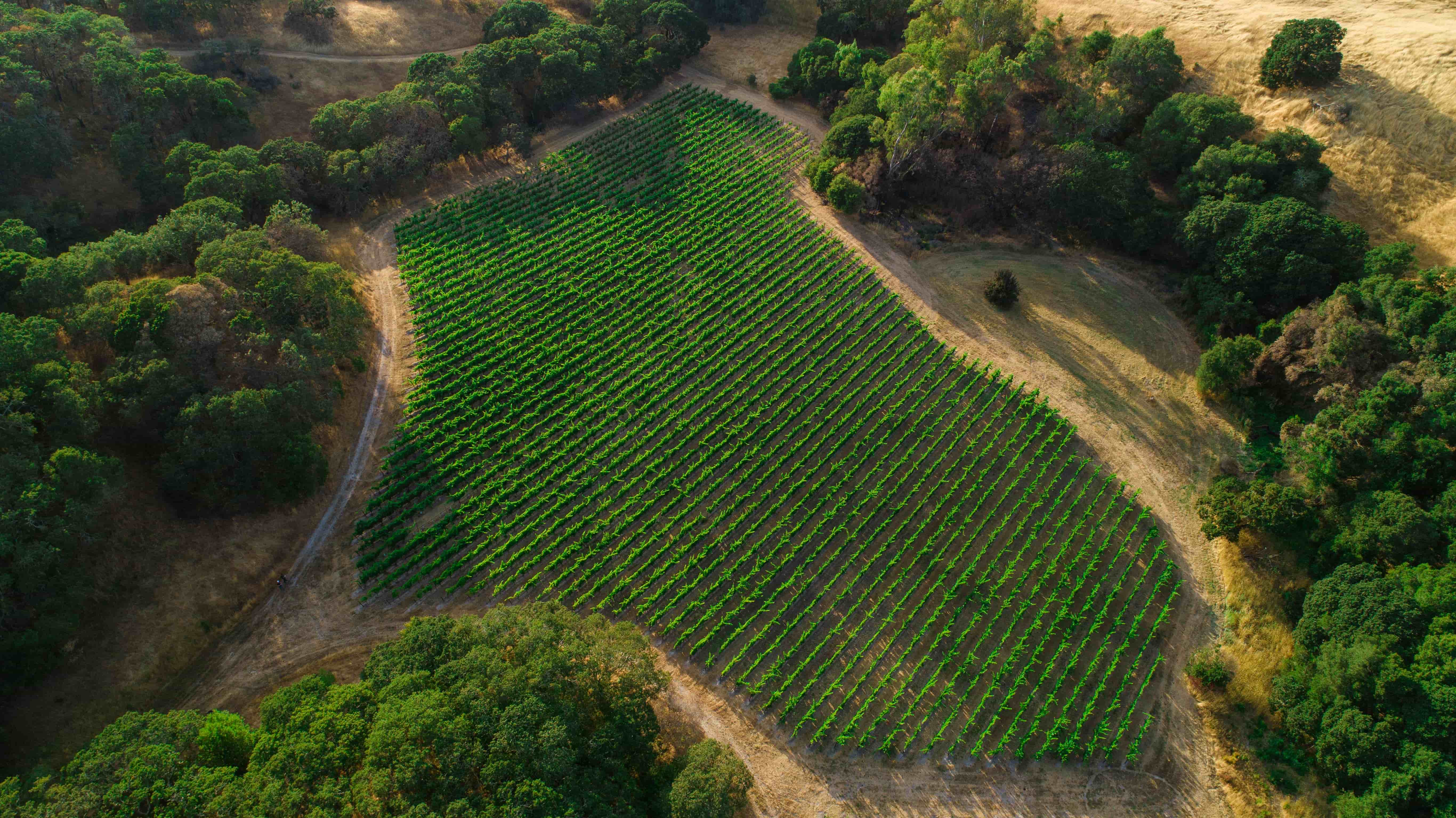 The Sullivan’s 11-acre vineyard lies atop a mountain ridge, allowing perfect conditions for Pinot Noir and Chardonnay. Jim’s son Patrick, an experienced winemaker, is our consultant. 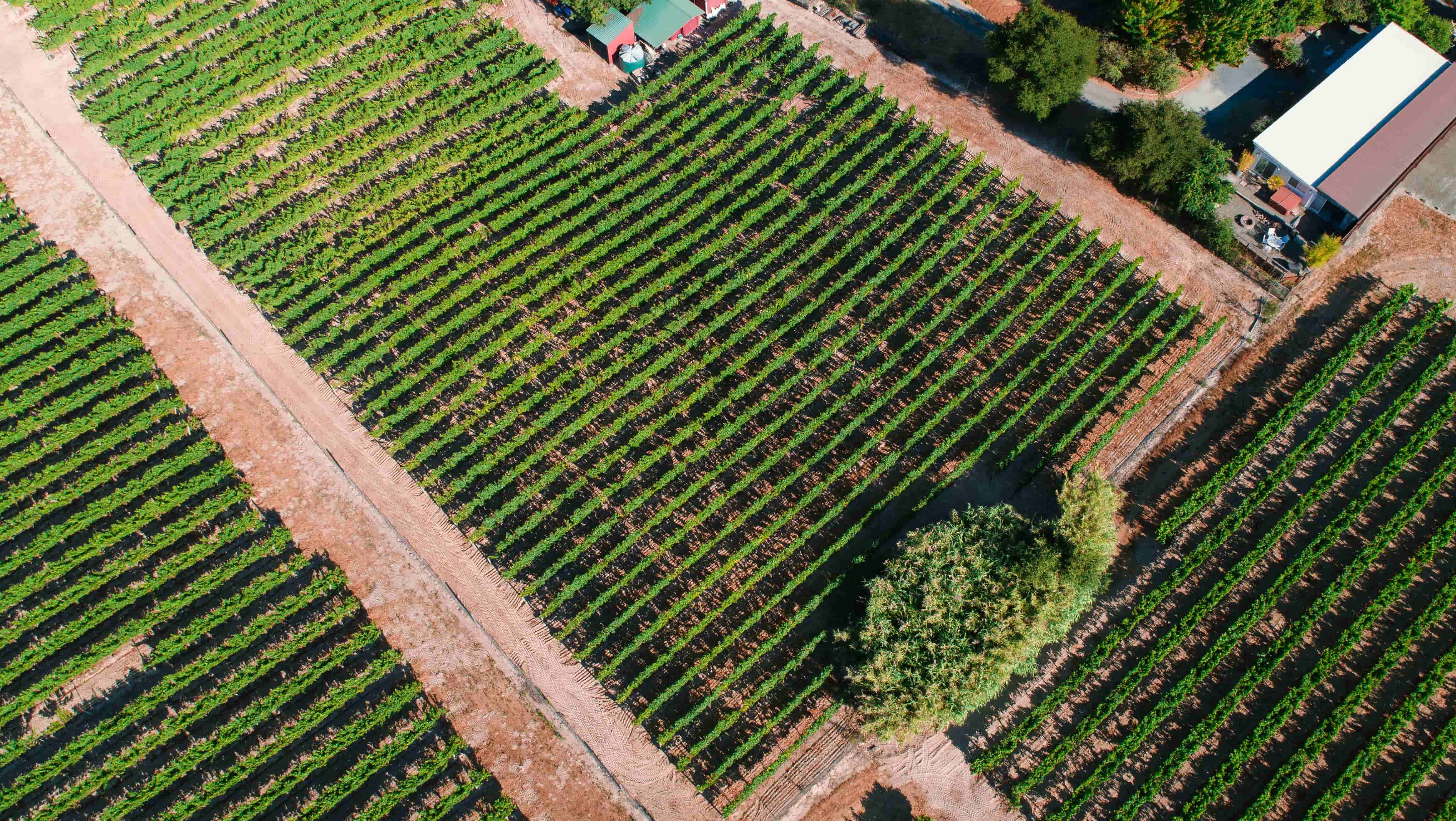 Located in the Vine Hill region, Indindoli Vineyards produces complex, irresistible grapes. Carmine has been a part of the Trombetta from the early days, and was one of our winemaking mentors.